It’s often noted that the 1990s were a dark period for comics. My purpose here is not so much to either support or refute that claim, but to argue that it misses the point: The 1990s were completely insane in comics. As evidence, I offer Captain America #408 from Oct. 1992. 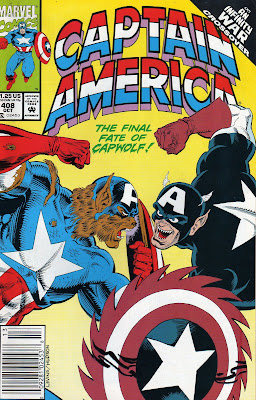 I found this issue just last week as I was rifling through my own longboxes in lieu of doing any substantive work. I don’t know exactly where or when I picked it up, and I don’t have any issues around it, so all I know about the story thus far is what’s told on the splash page: 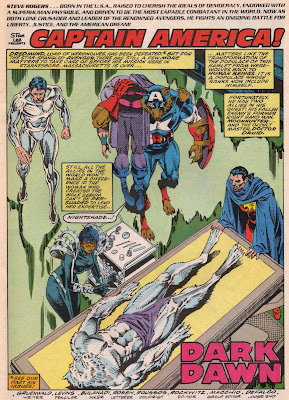 After another page or so of exposition, Cap lies down to be injected with Nightshade’s bathtub-brewed anti-lycanthrope potion. Then, just as he receives his shot, this happens: 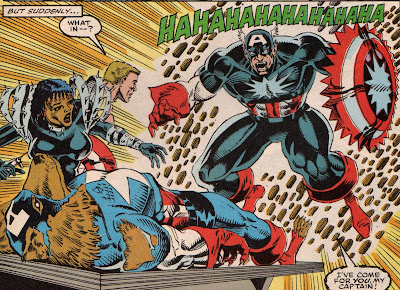 For the briefest of moments, I thought I was reading a Michael Kupperman comic, but as an editor’s note soon explains, this was just the tie-in to the company-spanning Infinity War. Here’s a quick run-through of how the fight shakes out: 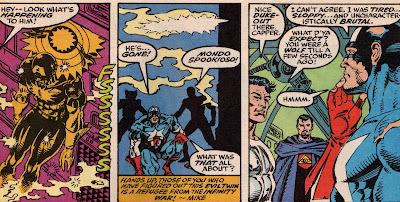 Cap with a beard! Mondo spookioso, indeed! But the madness doesn’t end there. First, there’s this bizarre exchange, beginning with a seminude Mr. Mayor and ending with a mutton-chopped man on a motorbike: 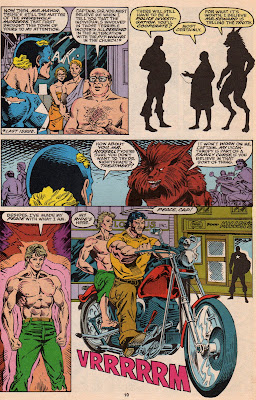 Then, just a few pages later, the creative team offers yet another “unearthly manifestation”: 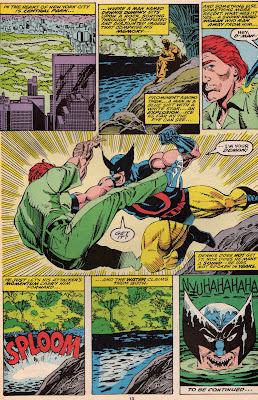 Giving souls that they were back in the salad days of ’92, Gruenwald and co. actually offer three stories in this one issue. The second revolves around Cap’s girl from the wrong side of the tracks, Diamondback, and her brother, Cutthroat: 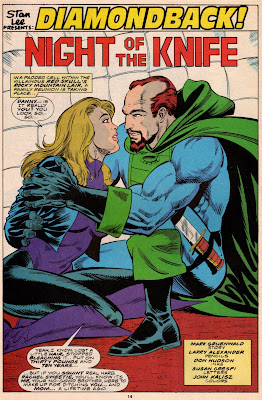 This story gets downright creepy when Cutthroat walks in on Crossbones conversing with Mother Night: 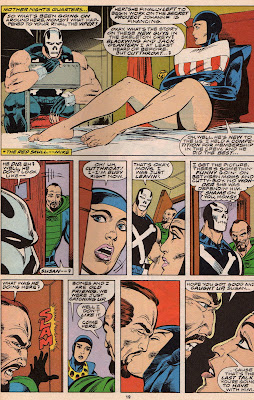 “Momsy”? Take a seat on Freud’s couch, Crossbones. Fortunately, to cleanse the palate, the book ends with a brief and ridiculous Falcon story: 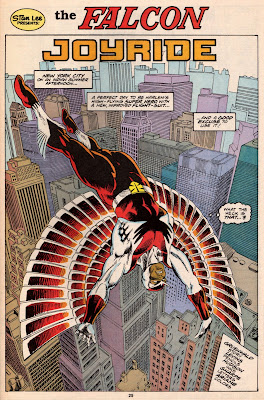 All that really happens here is Falcon chases around Zack Moonhunter, who’s been assigned to test-drive a new Avengers Skycycle. After flying dangerously close to the Manhattan skyline, our man arrives at Avengers HQ, where Cap appears in a fresh costume, and Black Widow shows off her ‘90s hairdo:

Now, let me be clear: I’m not saying this issue of Captain America was anything special; I’m pretty damn sure this is right about the level of inanity that was being pumped out on a weekly basis back in ’92.

And it’s that ability to maintain that I call special.

Although I may have been the only one drawing when I tackled my first 24-hour comic, there were witnesses to the event. One of them, my good friend John Staubitz, even had the foresight to document the occasion with his camera. He recently uncovered this embarrassing piece of evidence, and I present it here for everyone’s amusement. 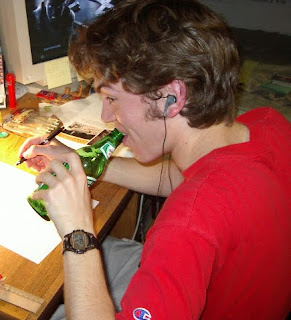 Until next week. Yo-ho!