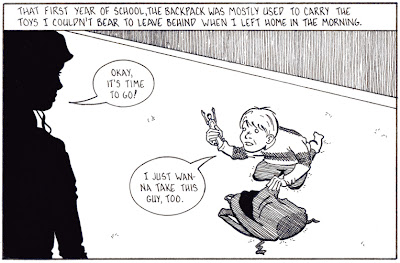 
Happy Halloween, friends! When I was first planning Pipe Dope, I was hoping to consistently tie the images to the date they were posted, which I'm sure would have made today's a picture of my dad taking me trick-or-treating. As the story evolved, though, I realized there were only three dates I had to specifically hit, and beyond that, the stories shown might fall roughly according to season--although even that hasn't been a hard-and-fast rule. One of the specific dates came way back during Pipe Dope's first week of going online. The last two have yet to arrive...
Posted by Unknown at 6:00 AM