I've been meaning to get this post together for quite a while. It was my intention when I began Pipe Dope to offer regular peeks behind the curtain, as well as to make note of other comics I've been reading. Well, I suppose I shouldn't be surprised that keeping Pipe Dope on track has taken up just about all of the time that I otherwise might have spent preparing such blog entries. Anyhow, the good news is that after six weeks, Pipe Dope is still on schedule, and while I've only got a quick minute to spare, it's time enough for a brief diversion from the main road. Here goes.


Part One: A Peek at the Process

I'm drawing Pipe Dope on 14"x17" sheets of Strathmore smooth bristol, which lets me get nine days' worth of content on one page, with some room to spare around each day's entry. (Sometimes my pencils spill into that buffer zone, but most of the time I use it to jot notes to myself so I remember, for example, when I need to make a cross-hatched border.) Anyhow, here's a look at a few of those big pages: 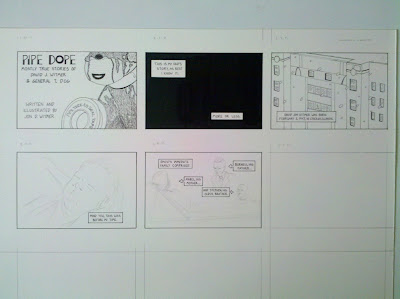 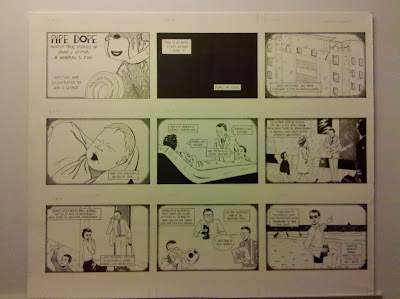 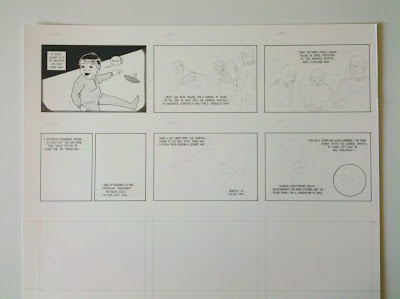 And here's a wider look at my drawing board, with none other than General and Buff seated up top. (Next to them are two fellas from my childhood, Quackers and Curious George.) 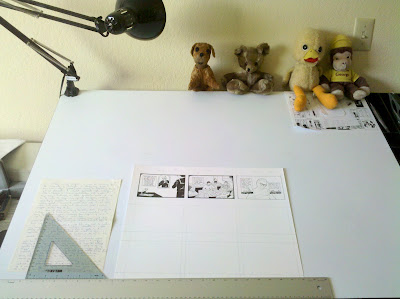 Also seen in that last photo is my dad's handwritten essay from his senior year at Penn Manor.


Part Two: Bag It and Board It, or What I've Been Reading 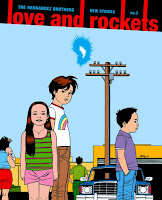 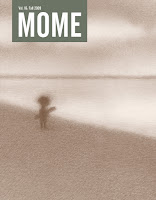 RICHARD STARK'S PARKER Book One: THE HUNTER
Adapted and illustrated by Darwyn Cooke 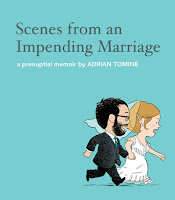 SCENES FROM AN IMPENDING MARRIAGE
a prenuptial memoir by Adrian Tomine


I won't lie, making Pipe Dope has been seriously cutting into my comics-reading time at home. However, I've also had to do a bit of traveling lately, which gave me a chance to get through a number of books. All good stuff here that I'd highly recommend. Currently in the throes of wedding planning myself, Tomine's Scenes from an Impending Marriage was wonderfully relatable, and a fun, breezy change of pace after the much more moody Shortcomings. (Not to discount the latter, mind you--Tomine's writing is consistently top notch, and his artwork always pushes me to demand more from myself.)

I'm only beginning to dip my toes into the deep pool of Love and Rockets, but even without a long history with the characters seen in New Stories No. 3, I was alternately moved to laughter and horror by Los Bros.' masterful storytelling. More Love and Rockets has already made it onto my bedside reading stack.

I know I'm not going into much detail here, but as I mentioned up top, a short minute's all I've got to spare. However, I can't sign off without urging anyone who hasn't already to run out and pick up Darwyn Cooke's Parker adaptations. Both The Hunter and The Outfit are cartooning tours de force. Cooke is undeniably a master of the comics medium, and he's doing his best work ever in these books. The third volume cannot come out soon enough.

That's all for now. Back to our regularly scheduled program of Pipe Dope tomorrow morning. Hopefully I'll find time again before too long for another one of these detours...

Email ThisBlogThis!Share to TwitterShare to FacebookShare to Pinterest
Labels: Bag It and Board It, BPRD, Love and Rockets, Mome, Parker, Pipe Dope, Scenes from an Impending Marriage, Shortcomings