On May 10, 2003, I sat down at the desk in my dorm room inside Ohio State’s Bradley Hall and began my first (and so far only) 24-hour comic book. I’d stumbled on the idea by way of Scott McCloud’s website, where he details the challenge: “To create a complete 24-page comic book in 24 continuous hours.” Every aspect of the book is limited to that window of time; you aren’t supposed to think about the plot or doodle character designs in advance, and if you take a nap, the clock keeps ticking down. Before I go on discussing my efforts, here’s the result of my experiment, one from the vault for this week’s New Comics Wednesday: 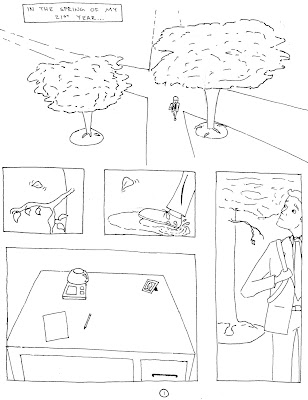 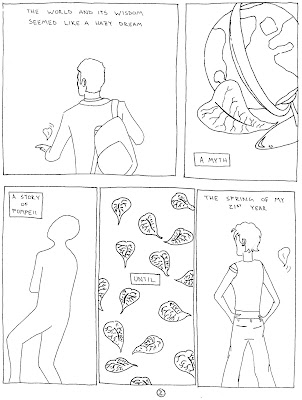 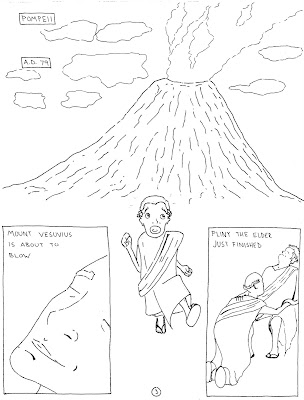 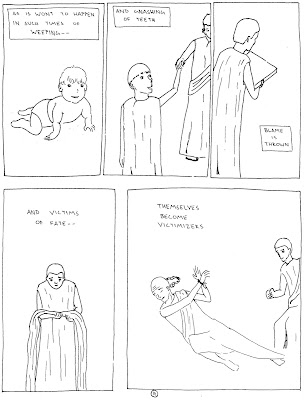 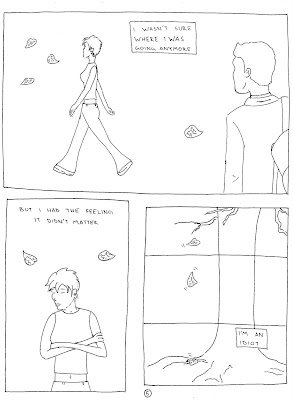 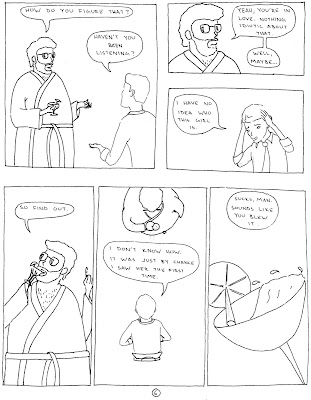 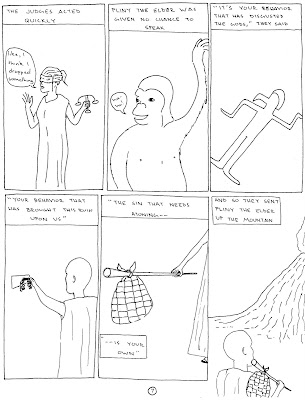 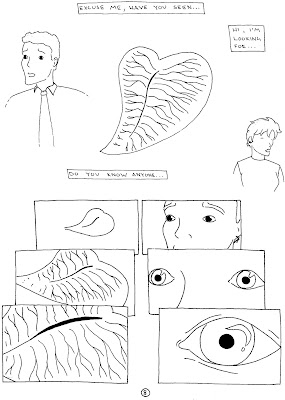 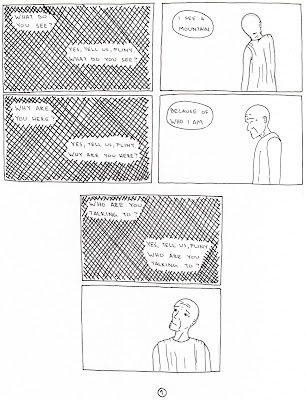 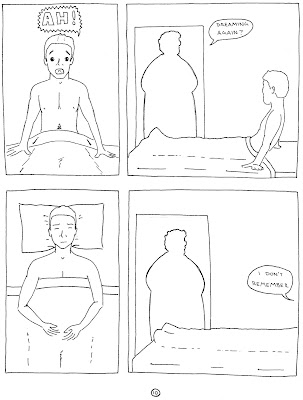 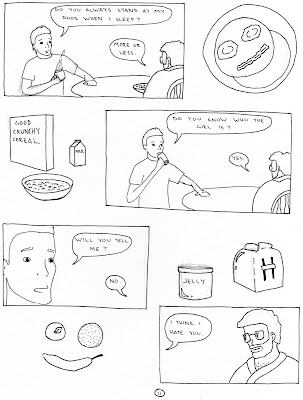 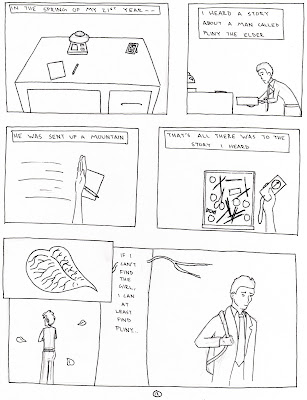 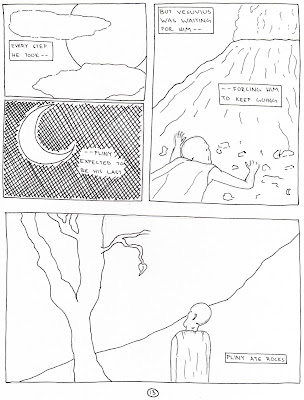 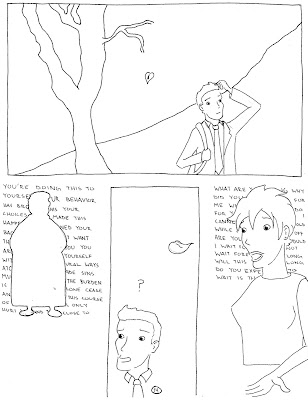 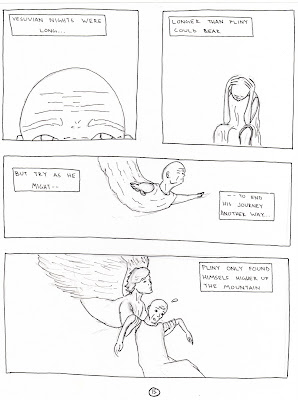 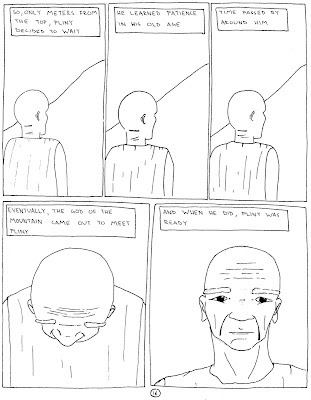 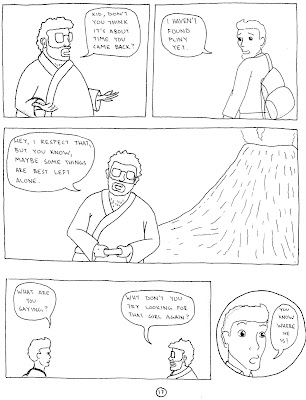 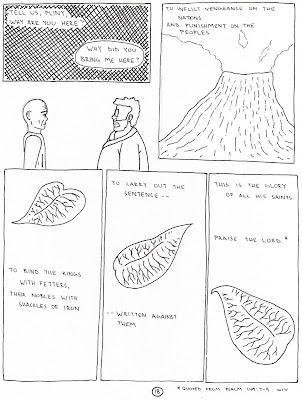 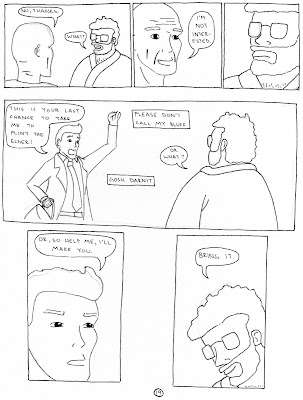 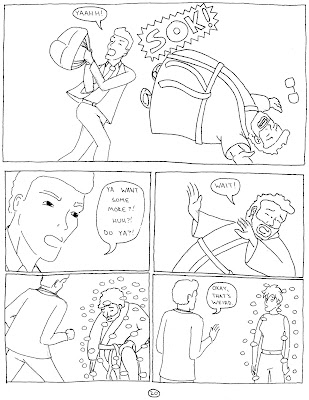 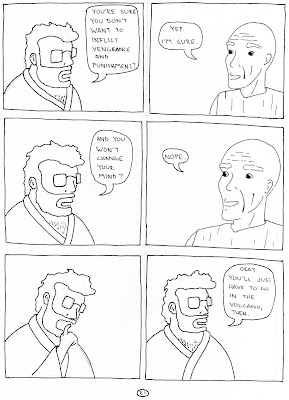 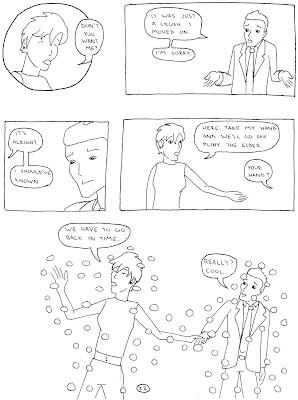 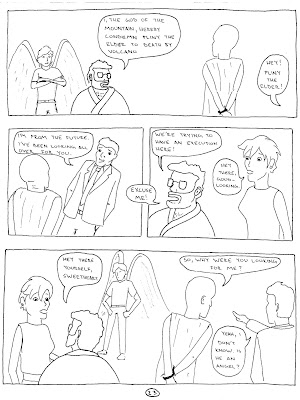 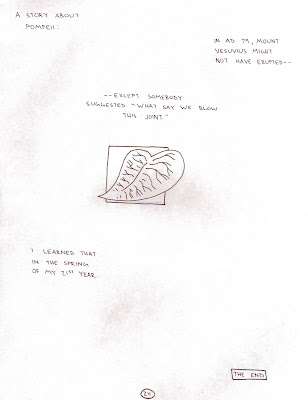 If you’re still reading this, you have my sincere thanks for your tenacity. There’s not a single line I wouldn’t like to redo, and god knows the pages could have used some more shading and texture. (Color probably wouldn’t hurt either, but that’s still not really my style. Someday soon, maybe.) It also would have been nice to have drawn hands instead of the skeleton fingers everyone is seen with, and I don’t think it would have killed me to use a ruler for the panel borders. Oh well, next time.

The writing is often cringe inducing, but I suppose that can happen when you’re making things up one page at a time. On that note, I should say that once I started the clock, I never bothered to plan out the 24 pages, instead taking a page at a time and trying to do each in under an hour. That almost kept me on target, but the lack of sleep, erratic eating schedule and constant influx of caffeine finally took their toll on me, and I trudged through the final pages like a wounded soldier pulling himself through the mud, ultimately setting down my pen after 26 ½ hours. (Scott McCloud refers to this as an Eastman Variation on the official rules, and a noble failure. Noble might be too nice a word.)

Despite its scattered narrative and clumsy characters, I nevertheless am pleasantly surprised by some of the themes that managed to come through, particularly the main theme (though it was admittedly unintentional at the time) of a god forgotten, who tries to redefine himself/herself for a world that’s moved on. That’s old-school Star Trek, right there. Of course, there are also the more poorly executed themes of becoming unmoored by a crush and the general fickle nature of attraction. What can I say? I was 21 and single, and at a school with an undergraduate population somewhere around 40 or 50,000, I couldn’t step outside without seeing an attractive girl I’d probably never run into again. The idea’s not bad, but the execution surely suffers.

Then there’s Pliny. I was taking a geology course when I made this comic, and I recall a chapter in our textbook that dealt with earthquakes and volcanic eruptions. On the latter, the book referenced the eruption of Mount Vesuvius and name-dropped Pliny the Elder. That, combined with a then-recent screening of Andy Warhol’s Blow Job, resulted in Pliny sucking off a guy wearing a head wreath (no pun intended). At the time, it seemed terrifically edgy, but any real story significance is quickly muddied during Pliny’s climb up the mountainside.

Regarding the title, I originally (after finishing page 24) decided to call this piece “Stories of Boys and Girls from the Spring of my 21st Year.” Call it the editor in me, but anymore I think that’s just too long and too pretentious a title for something as, well, amateurish as this. Accordingly, I’ve here abbreviated it to just “Stories of Boys and Girls”; that’s the one and only change I’ve allowed myself to make, and I only get away with it because I didn’t draw a cover page. (That’s what 21-year-old me gets for being lazy!) Still probably too pretentious, but at least it’s not as long.

I point out these criticisms mostly for the selfish reason of letting people know that I get it and I see the mistakes. But hey, considering this whole mess came out of 26 ½ hours, I think there’s something to be proud of in it. If nothing else, I learned a lot. And I’m sure I’ll learn even more when I do another 24-hour comic, hopefully well before another six years go by. Stay tuned, and thanks for reading. Yo-ho!