PEACE IN THE MIDST OF MURDER: CATCHING UP WITH RICK GEARY AT COMIC CON 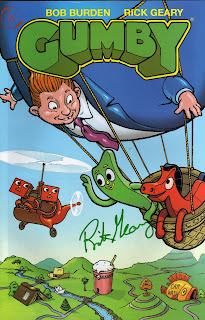 Standing in the gridlocked main hall in the San Diego Convention Center during the 38th Annual Comic Con, the words of artist Rick Geary ring decidedly true. “It’s grown like a monster,” reflects the 30-year veteran of the comic book trade, who’s been attending regularly since 1976, when the Con was being hosted in the El Cortez hotel.

“Over the past ten years or so, the television and movie industries have latched onto the comics and given the comic industry new life, but it’s also made the convention a little top heavy with the corporate presence,” muses Geary. “I don’t know if that’s a negative or positive factor, but it certainly has drawn the people in and made the comic book artists and writers and the people who work in the industry a little bit more high profile than they were before.”

Despite the described trend, Geary has managed to maintain a low-profile over the years, working on projects of great merit that gain the deserved attention of his peers but, as is true with so many comics, fall outside of the spotlight of the superhero genre that has ingratiated itself within the public consciousness. “30 years ago,” Geary reminisces, “I submitted my first story to an anthology comic book. Not long after that I joined the funny pages of NATIONAL LAMPOON, to which I contributed for about 12, 13 years before they folded. Around that time, I started my series A TREASURY OF VICTORIAN MURDER, which continues to this day. And I’ve also contributed to many other comic venues over the years,” including HEAVY METAL, MAD, DC/Paradox Press, and Dark Horse comics. 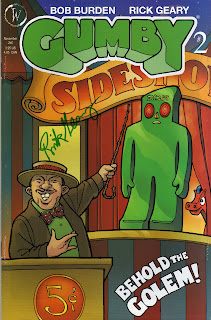 Later, back at his table in Artists’ Alley, Geary enjoys a moment’s respite. “I’ve been on three or four panels this year and I’ve also been at various other booths doing signings and drawing sketches for people. It’s always more or less a break when I get to come back to my own table here.” 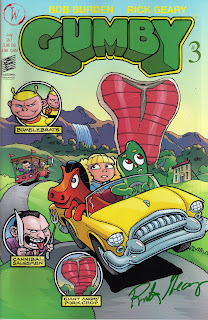 That said, Friday night’s presentation of the 19th annual Will Eisner Comic Industry Awards proved an event worth leaving the table for, as Geary shared an Eisner with writer Bob Burden for their work on GUMBY. In their translation of Art Clokey’s creation from stop motion to sequential art, both creators are well deserving of the award for Best Title for a Younger Audience. Geary’s deceptively simple style presents Gumby’s fantastic world with a matter-of-factness that many artists may well shy away from but which perfectly complements the insouciant tone found in Burden’s scripts.

Given time to reflect on his latest industry award (following the Inkpot he received from the San Diego Comic Con in 1980 and the Book and Magazine Illustration Award bestowed by the National Cartoonists Society in 1994), Geary describes the experience as “a top thrill. And getting to meet all the other artists who were winners and nominees, people I’ve admired and idolized for years, it was a great experience.

“It’s always great to come to [Comic Con],” Geary concludes. “It’s certainly never boring and it’s been a really valuable promotional venue for my career and my work. I just hope to keep coming to the convention and meeting people and working in this great business.”

For more information on Rick Geary and his work, visit www.rickgeary.com. 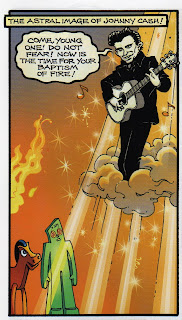