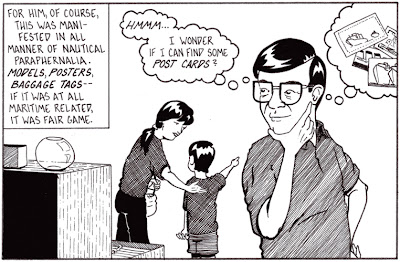 
Catching word of the efforts to raise money for a Harvey Pekar Library Statue (info available here and through that Kickstarter widget at left) has got me thinking a lot about my hometown of Cleveland, Ohio. Adding fuel to the fire was this terrific Cleveland Scene Report that Kevin Czap wrote up for Frank Santoro's column at the Comics Journal's website; as Czap makes clear, Cleveland's got what's shaping up to be a terrifically inspiring comics scene. And while I haven't been there before and I know I can't make it this year, I'm really hoping to someday participate in the city's Genghis Con Underground Comix Expo. I suspect that show would be just my speed.
Posted by Unknown at 6:00 AM